Those that have visited this website from the start will know that we have also always used it as a base to raise donations for charity. For a duration from the start, we raised over £2,500 for Great Ormond Street Hospital in London. Last summer, the ‘Donate’ link was switched to PKD Charity UK and from March 2016, we started a new JustGiving page, for donations going directly to this charity via our own fundraising. 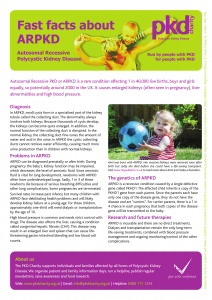 PKD Charity UK had been a part of Aimi’s journey from the start. Tess, chief executive from the charity often visited Aimi during Dialysis sessions. The charity cover the more adult form of PKD (ADPKD) but do a great amount of work also for ARPKD. We have requested to Tess that all the fundraising via this website goes to fund the ARPKD side of the charity. The funds they receive support research into ARPKD and they appear to be the only charity UK based that actively researches this disease. Aimi attended their information support day in 2014. It seems an easy choice to now put our fundraising efforts and funds into this charity.

The current amount is over £2,200. Various fundraising has achieved this and is made up of general donations, donations from Aimi’s service, charity events and ongoing raffles on the website.

During May, people got together and £168 was raised at a local football match and some close friends raised £351 by hosting a Quiz Night in aid of the charity. A walk round the Isle of Wight perimeter was also planned last year and that occurred at the start of May via a separate JustGiving page raising £1,420 for the charity. This all helped massively if we are looking to raise £5k for PKD Charity. The £2,200 and separate £1,400 means we need another £1,400 to hit this target! 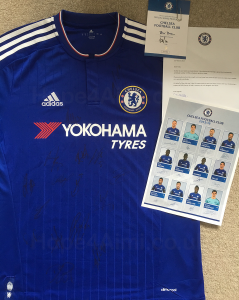 At the start of April this year, we also have been running ongoing Raffles via the website Raffle page. The Raffle lasts a month for each prize and the ticket funds get sent direct at checkout to PKD Charity. It started with a signed Chelsea FC shirt kindly donated by the club. The shirt raised £323 and was won by Adam in Denbighshire via a random draw. The names were entered into a bucket. If you bought 10 tickets, your name went in 10 times, etc. The bucket was well mixed and shaken prior to video and winner randomly drawn by Aimi’s brother. 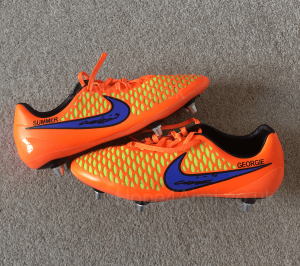 During the month of May, the raffle prize has been a signed pair of John Terry’s Football Boots, kindly donated by John himself. The draw for this will be later today after this post is published. The Raffle here is something we intend to be ongoing, so look out for some more great prizes coming in the future. If you have a business and can donate any prizes towards the raffles here or for any prizes during fundraising events, please get in touch via the Contact page.

We want to thank all those that have donated to the justgiving page and planned fundraising events in aid of PKD Charity.

This site uses Akismet to reduce spam. Learn how your comment data is processed.