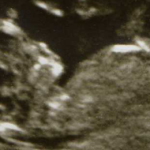 During August 2012, it was confirmed we were to expect a baby during April 2013. The usual happiness followed of enjoying pregnancy and getting things sorted out for our new baby. We moved to a bigger home in October 2012 (which was actually arranged the same weekend back in August 2012 on finding out about our new baby).

The first 12 week scan was perfect and everything was normal. We moved into our new home in October and continued arranging things for our new arrival. The subsequent and last 20 week scan in November was again totally normal, along with midwife appointments and the usual pregnancy symptoms. Already having a boy born in 2005, we hoped our new baby would be a girl and after getting a small few clues at the 12 week scan, it was confirmed at 20 weeks that we were indeed expecting a girl. 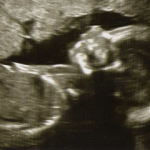 Things were good, we were settling into a new house and expecting our new arrival in April. Before Christmas, we thought it would be a good idea to get a private 3D scan of our baby done. We opted for a clinic locally and that was booked for the end of January 2013. We thought it would also be another look at our baby seeing as the 20 week scan is usually the last arranged ultrasound before birth.

During this 3D scan, they also run a well-being report to check everything is okay. On this day of Saturday 26th January 2013, we found that it wasn’t and our happy pregnancy changed to that of intense worry. Our baby’s kidneys were enlarged at around 5cm each and the scan showed them as bright (echogenic) and amniotic fluid surrounding our baby was low. This usually signifies kidney problems, as later in pregnancy, the baby takes over making amniotic fluid by the urine cycle.

The private clinic advised us to speak to the midwife and to get it looked at again at the hospital. This was done on the following Monday and another appointment the next day at Kings College Hospital in London. This was confirmed there with an ARPKD diagnosis. They said chances of survival were low due to underdeveloped lungs connected to low amniotic fluid.

The remaining weeks were filled with worry, scans, consultant and paediatrician appointments. The amniotic fluid went down to 1cm and steroid shots were given to try and develop the babies lungs a bit more. There were some hard decisions to be made too as to have the baby naturally or by caesarian section and whether to give birth locally or in a specialist hospital to avoid moving the baby. We let fate decide that in the end as on Friday 22nd March 2013, early labour contractions started.

After a short but intense labour of 6 hours, Aimi was born locally at just after 4am on the 23rd 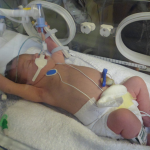 Aimi’s kidneys are very large and cystic and on Easter Weekend, she was transferred to Great Ormond Street Hospital in London. Due to their amazing work and support, we set up a JustGiving page where all donations go direct to them. You can donate any amount by clicking the link at the side. Even a pound helps! 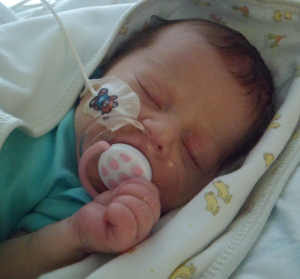 Aimi has had both diseased kidney’s removed and receives Hemodialysis 3 times a week. She is fed via a feeding tube into her abdomen. To keep up to date, please visit updated articles in the Blog.